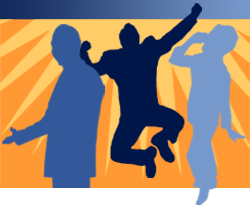 Do you feel networking doesn’t work? Here’s how to change those feelings and network with confidence and ease. Networking, after all, is simply having a conversation with friends.

Networking DOES work. Time and again, my clients land positions using their network. BUT, as others have said, it must be done right. “Hey, know anyone who’s hiring?” is NOT networking done right. And this happens to be the way many people start their search.

One of my clients, a senior programmer, was unemployed 18 months before meeting with me. (She’d been downsized after 25 years working for a company that had been acquired.) She said, “Do NOT tell me to network. It does not work.”

Really? Hmmm. How are you going about it?

She had asked people, “Hey, know anyone who’s hiring?”

She began emails this way, sending out a poorly done resume with each one. And when meeting with friends, her opening line was the “know anyone who’s hiring” line.

So, for 18 months, her network did not work.

What we did: First, revamped all communication pieces – resume, cover letter, email format, etc. Next, identified all of her contacts. (Think BIG people.) Then, we created a sound bite that could be quickly revamped for emails, in-person meetings, and even her bowling league. (To create your own sound bite, check out Chapter 5 in my book, Rock Your Network®.) My client took action.

Guess what? Within three weeks she had a new job at a higher level, project management, despite it being summer and one of the weeks was the Fourth of July, when many people are on vacation.

How did this happen? One of the people on her bowling league said, “Why didn’t you tell me you wanted to work at X company? My son works there!” So, my client gave her friend the new resume, her friend passed it on, and my client landed her dream gig.

This person had been in her network the whole time!

Steve, a six-figure commercial lender (and one of my clients), has landed his last four positions using his network – maintaining it throughout his career. Each position was at a higher level – in title, compensation, perks, etc.

George created his last two positions where no position had been before one of them was as a marketing director. He made the connection at one of my live Rock Your Network® events. Set up a meeting. Shared his ideas and voila! A new gig was created especially for him. His landed other roles by remaining connected with those he met.

Lisa, a human resources manager who had recently relocated, also landed her most recent position through networking – despite having no local network (or so she thought). She too attended one of my Rock Your Network® events and made several connections. Yes, she followed up. She was most amazed by how warm people were and by how much they wanted to help.

Can social media be used for networking? Heck yes! Again, it must be done right. Asking for favors with zero connection is not networking. It’s begging. Networking is about relationships – building them and maintaining them.

Margaret, working in DC politics, wanted a major career change. She jumped on Facebook and reconnected with some friends from high school. One of them had her exact dream job with her dream company. She learned more about the position and her friend got her an interview.

Networking DOES work – offline or on. The important thing to remember is that it is a two-way street. Build and maintain the relationship.

Can they be revived after being dormant for years? Yes! I got a call from a former coworker. It had been years since I had heard from her. She called with an opportunity, not begging for a job. She called to reconnect. She called to ask for help with her husband’s company who is experiencing a downsizing – and she wants to put me in touch with their HR team. Now that is the right way to go about reconnecting.

A wrong way? Got a call from another former coworker. He wanted to change careers. What names could I give him? Who do I know in the X field? Hmmm. I had not talked this person in several years and the first thing he wants are my connections.

Challenge: Take a look at how you’ve been networking. Really look. And be honest with yourself. Have you been begging or building?

Want help? Check out Rock Your Network for Job Seekers.

3 thoughts on “Networking: Are you begging or building?”